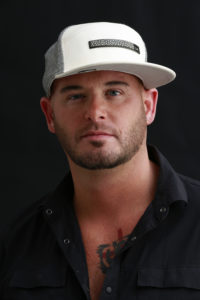 Sometimes it takes a magician to help us see through life’s illusions and give us both laughs and a fresh perspective. Tom Coverly’s hilarious, mind-blowing illusions—with lots of audience participation—offer just that! “It’s entertainment with a purpose,” says Tom, a professional comedian, illusionist, emcee and powerful motivational speaker who’s been featured on NBC, CBS, ABC, and FOX-TV, plus numerous radio shows.

A popular speaker for corporations and schools nationwide, Tom opens with hilarious, mind-boggling illusions, then transitions into an energetic talk that motivates his audience to be better leaders, employees, and students. His life-changing presentations give his audience fresh perspective, free of illusion, and helps them see new ways to deal with the challenges they’re facing now. Corporate leaders and school administrations praise Tom for motivating employees and students to be “more productive, amazing people who care for those they rub shoulders with, day to day.” One teen told Tom that his performance had saved her from carrying out a plan to commit suicide later that day.

Tom’s interactive presentations destroy the illusions and lies we typically believe about our lives and jobs, and remind us about truth and reality in a brand new way. You’ll discover the truth about your worth, value, and purpose in life—and even how you see other people. After the assembly your life will be forever changed, treating yourself and others in a more positive way.

Tom has spoken and performed for major corporations, including Warner Brothers, Gerber, Amway, Sprint, Arby’s and Burger King, and has shared the stage with many popular speakers and bands. Known as the nation’s most requested, ‘clean’ motivational entertainer, he has performed for millions around the world, headlining tours for crowds from hundreds to tens of thousands. He’s delighted celebrities, too, including Jep & Jessica Robertson (“Duck Dynasty”), Rick The Reptile Guy (A&E’s “Wild Transport”), i-Shine (TBN), Amber Montana (Nickelodeon’s “Haunted Hathaways”), Victoria Koloff (Lifetime’s “Preachers’ Daughters”), and the cast and producers of “Batman vs. Superman.”

Takeaway
Tom Coverly’s fun, provocative presentation leaves his audience thoroughly entertained by mind-blowing illusions, as they’re challenged to value themselves and fulfill their life’s purpose as never before. Get ready to laugh, shed a tear and be empowered to live an extraordinary life!

What people are saying…
“Watch out for The Illusionist! Tom Coverly is so good he will make your pet rabbits disappear.”
– Jep & Jessica Robertson, A&E TV Show, “Duck Dynasty”

Each talk is customized for your group, and Tom would love to partner with your leadership to discuss your organization’s needs, so he can address the challenges you’re facing right now. His goal is to make this one of the most impactful presentations your company or campus has ever experienced.

Tom Coverly gains students’ attention the moment he walks on stage. During the first part of every assembly, he combines magic tricks, comedy and audience participation as a way to capture attention like you have never seen before. The remainder of the assembly is a heart-to-heart talk using powerful stories and life-changing challenges that impact students long after the assembly is over.

This assembly is captivating, emotional, powerful, and goes beyond the four walls of the school. It’s changing students’ attitudes and causing many parents to ask, “What happened at school that changed my son or daughter for the better?” Teachers often say, “You could hear a pin drop as they listened to Tom. He captured the students’ attention in such an unbelievable way!”

What sets Destroy Illusions School Assembly apart from other assemblies is the creative approach to a variety of topics during one assembly, but the main focus is respecting yourself and others. Over 2.5 million students have witnessed the positive effects of the assembly and how it captivates and challenges ALL students in the audience. Tom Coverly will destroy the illusions and lies young people are believing and remind them of truth and reality. The result? Students leave with more self-worth, wanting to respect others more, choose integrity and character, make wiser choices, stand up against bullying, appreciate the gift of life, and view their lives with newfound purpose! ​

NOTE: Tom makes no mention of politics or religion in any school assemblies.

Imagine being entertained with a purpose! Tom begins this talk with hilarious, mind-blowing illusions involving tons of audience participation; he then transitions into a powerful talk that will motivate your audience in a brand new way to be better employees, better citizens, and to become productive, amazing people who care for those they rub shoulders with day to day. Tom not only destroys the illusions and lies we believe about our lives and jobs, but he reminds us about truth and reality in a brand new way. This is still vague, as “truth and reality” are pretty broad terms.

A powerful talk about the shortness of life. When we blink, we can miss something, and Tom uses comedy, illusions and illustrations to drive this point home. This talk is a powerful way of building unity among those we work with and the clients we serve. Get ready to motivate your audience to be a greater version of themselves!

Tom Coverly is a professional comedian, illusionist, emcee and motivational speaker. who has performed for millions around the world, headlining several tours for crowds of hundreds and tens of thousands. He is the most requested ‘clean’ motivational entertainer in the nation. Tom has been seen on TV (NBC, CBS, ABC, FOX) and heard on numerous radio stations around the country sharing his story. He has entertained celebrities including, Jep & Jessica Robertson from the hit TV show “Duck Dynasty,” Rick The Reptile Guy (A&E TV Show “Wild Transport”), i-Shine (TBN), Amber Montana (Nickelodeon TV show “Haunted Hathaways”), Victoria Koloff (Lifetime TV show, “Preachers’ Daughters”) and the entire cast and producers for “Batman vs. Superman.”

“In my twenty years in education, Tom was the most impactful guest that we have ever had. His illusions captured and amazed our students, but little did they know that he would use that theme to challenge them about real-life illusions. He connected with students in a way that I’ve never seen before. Bravo!”
– David Koma, Principal, Rice Avenue Middle School, Girrard, PA

“Awesome! A great magic show with a powerful message. Mr. Coverly has a great ability to adjust his presentation and message to the level of any age student.”
– Chad Zeien, K-12 Principal, Au Gres Sims School District, Au Gres, MI

“Thanks again for coming to Meachum Jr. High in Millington. Our students were engaged and still talking about the real-life effects decision making can have on their life days after your appearance. Thanks again for a great message!”
– Jeff Yorke, Principal,| Meachum Junior High School, Millington, MI

“Watch out for The Illusionist! Tom Coverly is so good he will make your pet rabbits disappear.”
– Jep & Jessica Robertson, A&E TV Show, “Duck Dynasty”

“Is it an illusion or reality? Mr. Coverly presented a powerful message to our school that delivered a lasting impact. I have heard nothing but good things from the students and staff. We would highly recommend him as a guest presenter.”
– Brian A. Titsworth, Principal, Lakeviille Memorial High School, Otisville, MI

“I have watched Tom perform for two years. He is very good at what he does! Just recently he performed for our Middle School students (aprox. 800) and was strongly received and enjoyed. That same evening he performed different illusions and shared his story in front of 1,300 people of every age, opening for the award-winning band, BarlowGirl! He had them captivated! I feel Tom has an attractive personality with young people! I am old and I enjoy his performance too!”
– Julie Gardenour, Physical Education Instructor, Fremont High School