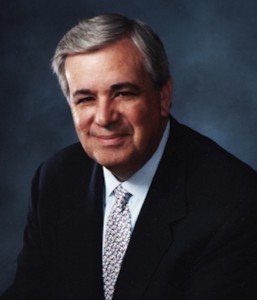 Economics? Who Cares? Hardly anyone understands how the economic-financial world works but we are all subject to its whims. Mark Pash is a Certified Financial Planner and a “Macroeconomic Philosopher” who retired and then created a non-profit to make a better world for his grandchildren and the rest of humanity through the correct macroeconomics philosophy.

In Mark’s view, the current recession was not caused by politics or fiscal policy, and its solution requires reducing the affects of the flaws of capitalism, including: 1) inadequate recirculation 2) failure to create quality customers 3) lack of long-term planning 4) under-diversified monetary system. Mark believes that our economic situation can only get worse without complete monetary reform.

Everyone who is interested in a quality global economy and community. Political activists, businesses of all kinds, financial institutions, civic groups, entrepreneurs.

Mark prefers at least one-hour talks, which can include question-and-answer period. 2-4 hour workshops and discussion can also be scheduled.

Saving Capitalism
In a free enterprise environment, there is a continual, natural flow of capital to the powerful; the highly educated and already wealthy by various means, both legal and illegal or by shear luck. This natural concentration of wealth continually reduces both the number of businesses and ample individual consumers, eventually hurting commerce and society.

In this talk, Mark first points out the four major flaws of capitalism: 1) Inadequate Recirculation of Money; 2) Failure to Create Quality Customers; 3) Lack of Long-Term Planning; 4) Under-diversified Monetary System.  For each of these shortcomings, Mark presents pathways to future financial success for all – a win-win economy!

All money is created through debt, but where is it written that this is the only way that we can create money? Nowhere.

In this talk, Mark reviews monetary history, demonstrating that every country has gone through significant monetary crisis.  He points out that in our nation’s last 175 years, the immature and under-diversified monetary system and lack of fiscal spending (recirculation) has created the panics, recession and depressions of 1837, 1857, 1873, 1884,  1893, 1907,  1929, 2008  and our various inflationary periods.
This is because the only way we get needed money into circulation is through the issuance of debt-loans (private & public). This archaic and very narrow banking structure does not fit the needs of a 21st Century computerized, non-scarcity economy.

Mark presents a most evolutionary solution based on a complete monetary reform and a diversification of new money delivery systems.

Financial Inequality and Solutions
There are many reasons why inequality exists in an economy.  For starters, we are NOT created equal!  We have many different talents, abilities and appearances — with unique emotional and physical make-ups.

Secondly, the institution of capitalism-competitive markets has a natural flow of money to the wealthier. (Let’s face it, it’s easier to make money if you already have some.)

In this enlightening talk, Mark offers perceptive solutions at both the government-macroeconomic level and the  private-individual level.

Mark Pash grew up and worked in two separate family businesses, one in manufacturing and the other in retail stores. He went on to receive two business degrees, a Bachelors and Masters, from UCLA and USC, respectively. Then he served as an officer in the business branch of the U.S. Army—the Quartermaster Corp. After the army, he received his Certified Financial Planners designation from the College of Financial Planning.

Over the past 40 years, Mark has been very active in the financial industry helping clients with their budgets, investments, loans, income taxes, social security, medical coverage and scores of other personal financial issues. Additionally, he has founded a number of financial organizations and has served as an officer of various industry corporations and associations. His extensive background brings a grounded understanding of the practical and theoretical in the field of economics. Mark has long been active in politics and was a Congressional candidate in 1996.

Mark Pash is the author of Creating a 21st Century Win-Win Economy and E=mcf: Theory of Economic Relativity, a contributor to popular economic anthologies, and the founder and chairman of the Center for Progressive Economics, whose mission states: “We cannot have a politically democratic society without economic democracy!”

Pash is a Managing Director of NPB Financial Group, LLC, and Past Chairman of the Board and President of the San Fernando Valley Chapter of the Financial Planning Association. He’s also Past Vice President on the Executive Committee of the State Board of Directors of the California Association for Financial Planning. He has taught at the College for Financial Planning, Golden Gate University, and UCLA. Mr. Pash is also a brain-trust member of the international American Monetary Institute of New York and presents at their annual conference in Chicago. 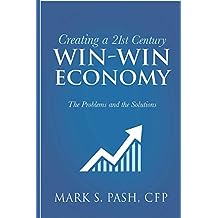 This book is about political macroeconomics which is the economic discipline that studies the overall condition and behavior of a country’s economy. The size of the macroeconomic pie is unlimited. The age of scarcity is over, because the current capacity and productivity of the private sector can grow and produce all the goods and services that everyone needs as long we use proper resource conservation. We just can’t produce and distribute it properly! I will describe the solutions in U.S. terms, but they apply to the global economy. Let me state this loud and clear: the macroeconomic systems of the world are in need of change! The proper macroeconomic philosophy will free the politicians from fighting about philosophy, and it will allow them to argue and compromise over the specifics of…  Read more

The Truth About Money (Contributor) 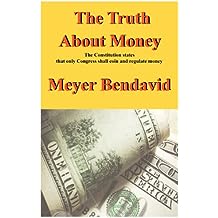 When you look at almost everything we do, it concerns money. This book will explain in the simplest terms the money problems we have today and find some solutions. The truth about Money ideas will help you or your business succeed. Today, changes are required to help you and the country where critical thinking is necessary to succeed. Current budgeting requirements require everyone to reduce the common good to maintain a balanced budget. This is absolutely ridiculous. Questions are being brought up how to limit the government’s debt. The static budget systems for government, states, cities and municipalities are extremely limiting and antiquated and need to be changed. The handling of money was given to the Federal Reserve, a private organization, in 1913 by Congress… Read more 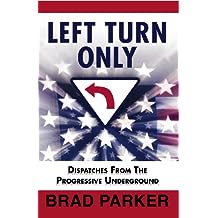 Left Turn Only is a history, analysis and how-to manual of the modern Progressive Movement, written by a participant and observer, Brad Parker, with additions from leading Progressive organizers. The book concludes with an in-depth discussion of Progressive Economics. The Internet has upended the top-down paradigm of the past and replaced it with a bottom-up network of individual interactive “swarm” intelligence ~ the Progressives. Crony corporate and political interests are under siege by the Progressives. A struggle for the soul of the Democratic Party and the nation is underway. Left Turn Only is a testament to this struggle.