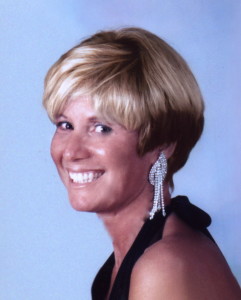 
InfoBest-fit Audiences:PresentationsBioTestimonialsBooks
NFL author and cancer survivor relates shocking and hilarious stories of the Golden Age of Football and gives a candid and humorous account of how she overcame Hodgkin’s Disease and blindness.

Are you a fan of football as it was played during the NFL’s Golden Age? Do you want to hear the inside stories of the players who made it happen? One of a handful of women to break into the all-male world of professional football, Dr. Kristine Clark has written more books on the subject than any other woman and was the first to do a book signing at the legendary Pro Football Hall of Fame. A frequent guest on ESPN, the NFL Network, and featured in NFL Films presentations and documentaries, Dr. Clark covered the Hall of Fame induction weekends for Gameday Magazine for 15 years as one of their sportswriters. Her lively talk regales football aficionados with intimate—even shocking—details of Hall of Fame players’ professional lives as she skillfully weaves little-known stories into the fascinating history of football’s Golden Age.

And Dr. Clark speaks on another topic: cancer survival. If your group is sports-oriented, she’ll wow them with her football presentation, but she can also combine both topics into a riveting talk that motivates your audience to overcome any life challenge. Football and cancer in one presentation? Yes! Because if you or a loved one has been diagnosed with cancer or are facing any life challenge that demands strength and courage, you’ll gain insights and inspiration from a ground-breaking sportswriter who knows about winning.

The author of Death Was Never an Option! A Humorously Serious Story on Beating Cancer, Dr. Clark shares how she overcame the pains and challenges of the disease—from initial diagnosis through treatment and ultimate recovery. A gifted athlete, physical education teacher, wife, mother, and later, high school administrator and college professor, Kristine Clark has never let anything stand in the way of her goals—not even a life-threatening bout with Hodgkin’s Disease, blindness in both eyes for ten months, and resulting partial blindness at age 26. Her passion for life, her unwavering optimism, and her drive to live fully will inspire your group as it has Clark’s students, friends, and those about whom she’s written—including her childhood football idol and close friend, Bob St. Clair of the San Francisco 49ers. And whether it’s football or how to overcome life’s obstacles, Clark fills her presentations with humor and engages the audience in a lively Q and A.

If you opt for Dr. Clark’s NFL talk, your audience will leave entertained by remarkable stories of football’s Golden Age and its contrast to today’s far-different game. And if you choose her life-changing cancer survival talk—or both talks combined—you’ll feel empowered to deal with any life challenge. Both presentations leave Kristine Clark’s audiences infused with optimism based on knowledge so, like her, they’re inspired to thrive and survive.

Presented as keynotes, breakouts, seminars or workshops, retreats, trainings and Webinars. Doctor Clark is also available as a panel guest or moderator. .

Death Was Never an Option

If you or someone you know has ever confronted the life-and-death struggle of a cancer diagnosis, you will want to attend Dr. Kristine Clark ’s inspiring presentation of her encounter with Hodgkin’s Disease, as published in her memoir, Death Was Never an Option!  Her candid account of the illness—ranging from serious to hilarious—takes her audience through every step of the process, from initial diagnosis through all the stages of treatment, including the chemotherapy that caused her temporary blindness. Emotions run the gamut from fear to frustration to embarrassment, love, and joy.

You audience will be inspired by Dr. Clark’s steadfast optimism and humor as she celebrates life and the ultimate triumph of one passionate and determined woman in search of all the right answers. Cancer patients and their families will readily enjoy a humorous look at this sobering subject with its hopeful and happy ending.

Based on her popular books about the Golden Age of professional football, Dr. Kristine Clark’s presentation recounts exciting, sometimes shocking, and often hilarious anecdotes of some of the NFL’s immortal Hall of Famers. These rugged and resilient men played not for the fame and fortune it would bring them, but solely for the love of the game.

Dr. Clark’s recollection of those “good ol’ days” is likely as close as your audience will ever get to sitting on the team bench and eavesdropping on the all-time greats as they talk candidly about the legendary wars and warriors of football’s golden years. Here is a rare opportunity to get an intimate look into the incomparable brilliance of the individual player as well as the unique team chemistry. Your audience will rub shoulders with the magic and the myth of professional football as it impacted this All-American sport and its millions of fans.

The author of nine popular books, Dr. Kristine Clark’s personality, close relationship with her subjects, and her engaging writing style allow her to take readers to uncharted territory: the often humorous and always intriguing backstory of some of the most famous events and players in the world of sports. Her achievements have led her to guest appearances on major sports talk radio shows. In February 2014, Dr. Clark’s first book, Undefeated Untied and Uninvited, was the subject of The ’51 Dons, an ESPN documentary for Black History Month narrated by Johnny Mathis. She is currently working on a treatment for a documentary on The Fighting Donovans.

Over the years, Dr. Clark has held a number of book signing events with the many celebrity subjects of her books at the Pro Football Hall of Fame in Canton, Ohio. She has also been a keynote speaker for many corporate, sports, and educational venues and is an avid advisory board representative for Mike Ditka’s Gridiron Greats Assistance Fund. In November of 2014 Kris and the Santa Clara Chamber of Commerce kicked off their First Annual Chamber of Commerce/49ers/Gridiron Greats luncheon.

In 1977, Kristine was diagnosed with Stage IV Hodgkin’s Disease and given three months to live. After enduring ten months of blindness caused by the grueling chemotherapy treatments, she eventually beat the disease. Her autobiographical memoir, Death Was Never an Option! A Humorously Serious Story on Beating Cancer, was released in December 2015.

A graduate of the University of San Francisco, Dr. Clark resides in Stockton, California, and has two grown children and four grandsons. Her oldest grandson, Justin, is the godson of former All-Pro San Francisco 49er and Hall of Fame member Bob St. Clair. 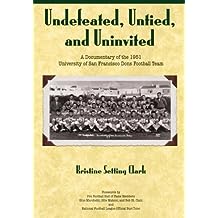 In 1951 the University of San Francisco Dons football team went undefeated and untied. Yet, despite being among the best college football teams of all time, the squad was not invited to play in a post-season bowl game because two of their players were Black. The team was offered the chance to compete in the Orange Bowl without the two black players, but the other members of the team unanimously refused on principle. They were the ‘magnificent eleven’ that no one had ever heard of. The team exhibited a roster of players and personnel that read like a ‘who’s who’ of gridiron heroes. This ‘51 team produced nine future NFL players; five made it to the Pro Bowl and three of those five were inducted into the Hall of Fame; most ever from a single college team. Undefeated, Untied, and Uninvited goes behind the scenes to explore the successes and challenges as well as the unpredictable events that faced the Dons.

Cheating is Encouraged: A Hard-Nosed History of the 1970s 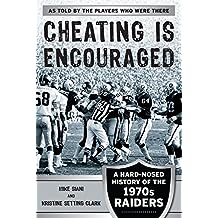 Whether loved or hated, the Oakland Raiders of the 1970s were one of the most revered professional sports eams of all time. Straight from the mouths of the Super Bowl XI champions and legendary of the Silver and Black, Cheating Is Encouraged: A Hard-Nosed History of the 1970s (Sports Publishing, Inc. September 2015) retells many of the infamous stories from the last team to play ‘outlaw’ football.

Made up of bad boys, misfits and anomalies, the 1970 Raiders were one of the greatest football teams of the era. Readers will be enthralled to learn of the behavioral issues, bar fights and drugs that plagued and fueled multiple play off runs. And while they indeed partied hard, the bad boy Raiders played even harder, making it their goal to win by any means necessary. Former Raider and 1971 Super Bowl champion Mike Siani, co authored with NFL and Hall of Fame writer Dr. Kristine Clark, tell first-hand the rough tales of players like John Matuszak, Fred Biletnikoff, George Blanda and others who helped make Al Davis’ dream of “Just Win, Baby” come to life.

Relying on first person interviews with key members of the seventies Raiders, including John Madden, Phil Villapiano, the late Kenny Stabler and many others. Cheating Is Encouraged is an intimate, rough and tumble look at a bygone era in professional football. Fans of the Raiders and football alike will be sure to enjoy this unfiltered account. 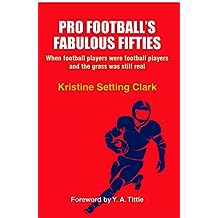 Pro Football’s Fabulous Fifties captures a period of time when the sport began to move forward into a new decade and create the domination of the American sports scene that it has today. The 1950s was an era of crewcuts, the hula hoop, the alley oop and such nicknames as Crazylegs, Hopalong, and Night Train. The game was about to make an impact on America’s consciousness and for those just beginning to discover the NFL, it was love at first sight–thanks to a colorful collection of gridiron characters whose low salaries never dampened their high spirits… Read more

Death Was Never an Option 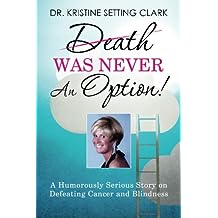 In May of 1977 I had reached all of life’s goals I had set for myself. I had a wonderful husband, two beautiful, healthy children, a boy and recently a girl, and a career as a college physical education instructor. I lived in a typical, suburban neighborhood with a station wagon and a dog. I was financially stable – the world was at my feet. My only problem was an annoying cough that for some reason wouldn’t go away. A month later I would find that my perfect world was about to be shattered. In fact, it had come crashing down upon me. I was diagnosed with Stage IV of Hodgkin’s Disease, lymphatic cancer, and was told that at that time that I had only three months to live… Read more