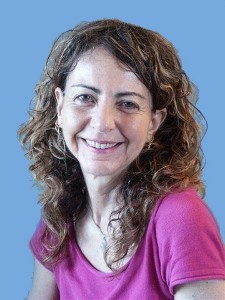 
InfoAbout
Forget the horror stories you’ve heard about how agents and editors only sign experienced writers, won’t read your query letter unless you’ve got a track record – and won’t even open it unless you’re a household name.

Not true. Jean-Noel Bassior has been helping writers get published for 20 years. She’ll show you how to dissolve the fear barrier and create a step-by-step game-plan for getting published. Find out how agents and editors think and how to look like you know what you’re doing – even if you’ve never played the publishing game.

You’ll learn how to:

– Pitch your book or article with confidence.
– Target the people who want to see your idea.
– Act like a pro – even if you’ve never been published.
– Hone your idea and find a hook or angle.
– Create a powerful query letter that sells agents and editors on your idea.
– Heal writer’s block and fear of rejection.
– Develop the belief that you can and will get published – no matter what has happened in the past.

It helps to have help. You’ll leave Bassior’s dynamic talk knowing the secrets and short-cuts to getting published and living the writing life.

Jean-Noel Bassior is a journalist who specializes in celebrity interviews. Her work has appeared in many publications, including Redbook, Parade, McCall’s, Woman’s World and AARP The Magazine, and she’s been syndicated worldwide by The New York Times and Knight Features (London). She is the author of the new book, Space Patrol: Missions of Daring in the Name of Early Television, published by McFarland.