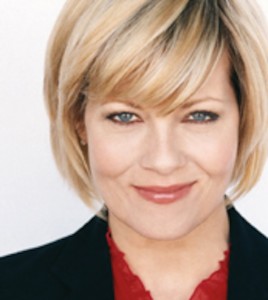 Are you starring in the life of your dreams? “Every moment you can choose to move toward your dreams or away from them,” says Barbara Niven, one of Hollywood’s busiest actresses, whose interactive, life-changing talks show how to change your life now. “We deserve to live our passion and have our dreams come true,” says Niven, who has appeared in 18 movies and 3 hit TV series in the last few years alone. Whether you’re dealing with a secret eating disorder, pursuing a career in show biz, or just want to live the life of your dreams, she’ll show you how to get from where you are to where you want to be.

Barbara is an entertainer, who knows how to affect her audiences so that they change. With humor and gut-wrenching honesty she speaks to corporations and campuses across the country, sharing her secret struggle with an eating disorder, so that others will speak up and get help. She’s also created the breakthrough ACT as If! system that uses acting techniques to help you put the Law of Attraction to work for you right now in both your personal and professional life. Niven notes that many of us spend time and money on DVDs like The Secret, but hit the wall in frustration when, after countless affirmations and visualizations, our lives don’t change. “There’s a missing link between imagining the life we want and living it,” she points out. “That’s where my ACT as If! system comes in. It’s fun, specific, and anyone can do it. It’s what I’ve used in my own life over and over again, so I know that it works.”

Each talk is a powerful wakeup call for her audience. “You must live your dreams now – not someday,” says Niven. Her motto? “Don’t settle for less than wonderful in your life – and don’t give up 5 minutes before the miracle!”

Act As If! (it’s already happening until it is)
Niven presents her powerful ACT as If! method that works with the Law of Attraction, but goes beyond the popular film The Secret because it uses acting tools and practical techniques that change your life now. “Most people work hard to do all the right things, trying to ‘vibrate’ with what they want,” says Niven, “but they end up ‘failing’ The Secret because they don’t know how to get out of their head and into their physical life.” In this talk, Niven presents the real secret, which is that you have to kickstart your belief system to get yourself started – and she shows how to do just that! That’s what actors do when we pick up a script,” she explains. “We consciously design and then physically believe that we’re our characters, inside and out.”

Barbara shares secrets on how to create the person and the life you want, using a format that simulates what a Hollywood screenwriter uses to write a script. Audiences participate in interactive exercises and improvisation, aiding in communication and team building. Everyone in Niven’s audience gets to try on a “new you” and experience the feeling of freedom and transformation that comes when, “in character,” you start living as the person you’re meant to be. You’ll leave this ground-breaking presentation knowing how to write the script that makes you the star of your personal and professional dream life.

View “ACT as if!”–The Real Secret to Living the Law of Attraction Video

Eating Disorders & Pressures to be Perfect
Eating disorders are a raging epidemic in our culture. We’re bombarded with messages in the media that say “skinny is the ideal” and that you’re not a good person unless you’re a size zero. “’Zero’ literally means you’re disappearing!” says Niven. “Five-year-old kids are saying ‘I’m fat.’ That’s crazy. We must stop the madness.”

This talk is for anyone who has an eating disorder and for those close to them who don’t know the warning signs or how to help. “It’s funny, it’s raw, and it puts it right out there for people to deal with,” says Barbara, who shares what it felt like to live with her secret eating disorder for over thirty years. She had three generations of it in her family, and trying to be “Perfect” almost killed her, and later her daughter.

Barbara tells how she struggled with her eating disorder for years as a working actress in a size zero Hollywood, screaming inside for help but not knowing how to ask. “The hardest thing I ever did was make the phone call to get help – but when I gave up ‘Perfect’ my whole life opened up!” she says. “I want people to understand what this disease feels like so that they can find the courage to share secrets, seek help – and change.” And every time she purges her secrets on stage, others come forward afterwards and admit that they too need help.

Niven has appeared as a celebrity guest expert twice on “The Dr. Keith Ablow Show,” talking about the pressure to be thin in Hollywood, and is profiled in the book Feeding the Fame.

You can have all the talent in the world, but if you don’t know how show business really works and use it to your advantage, your odds of having an actual career go way down. In this talk, Barbara Niven, who’s been living her dream of being a working actress for over twenty years, shares her secrets for success so that others can live their show biz dreams too. In a time when negativity is the norm, she is working non-stop, shooting 18 movies and several guest star appearances in the last few years alone.

In this interactive talk, Niven explains why most actors are not great at the BUSINESS of acting! “They sit back and wait for the phone to ring, blaming someone else because they don’t have a career,” she says. And since she’s constantly asked, “What do you do that’s different?” she has finally decided to share her secrets.

Whether you’re brand new or already a working actor who wants to increase bookings, she’ll show you how to ACT as If! it’s already happening, until it is! Learn how to create and believe your professional “Star” image, how to use the Internet as a marketing tool, networking, what to do when you’re first starting out, what to do when you get the job, how to act on the set, how to get repeat business, how to deal with setbacks, and how to keep yourself vibrating at a level where the business literally seeks you out!

Barbara Niven is living proof that her breakthrough ACT as If! system works. She didn’t start an acting career until nearly age 30, putting her dreams on hold while she became a wife and mother in Portland, Oregon. Then one day a note announcing her 10-year high school reunion asked, “Have you achieved what you thought you would in your life so far?” It was a wake-up call that made Niven realize she was only living someone else’s idea of who she was. She didn’t want to wonder “what if?” at the end of her life, so she decided to start rewriting it. By “acting as if,” she talked her way into a news internship at Portland‘s NBC affiliate, selling her first story to the network. Then she discovered her real passion, acting, and has been making a living at it, against all odds, for over thirty years. She says she is living proof that anyone can live their dreams, whatever they are, at any age! And it’s never too late to start!

In addition to her many TV and film appearances, Barbara has served for three years on the National Board of Directors of the Screen Actors Guild. 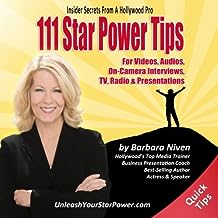 Barbara Niven shares easy, professional tips and secrets to help you prepare and perform like a Pro in your next Video, TV Interview, Radio Show, Audio Recording and Live Presentation!

Nowadays it’s vital to use media opportunities to promote your business and stand out from the competition. If fear or lack of skills has been holding you back, this book is for you!

In this quick, concise guide you’ll learn everything from how to handle nerves to what kind of videos you absolutely must have… even how to hook your viewer instantly through the camera lens! You’ll find… Read more 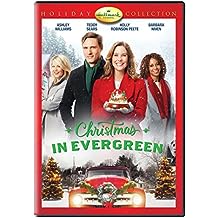 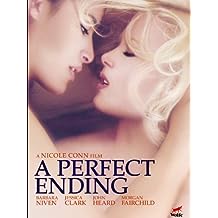 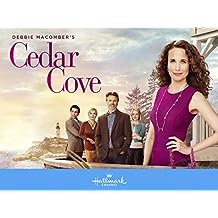